As shown by some of the blog posts over this year, it has been quite a change from the past. This year was a very eventful one!

This year has seen our driveway repaired, our garden getting a bit out of control, a vacation to Alabama and Tennessee in the middle of summer, Owen's parents starting their move to Wisconsin (to be near their granddaughters,) us paying off a large chunk of debt and more. We are going to need to get some outside help with the landscaping and garden repairs, though. I cannot keep up with it all. We traveled to Alabama and Tennessee for vacation, spent time with Owen's aunt and uncle as they visited from Wales, and had some other day-trip adventures. There were two losses, in that our precious Hobo-dog went over Rainbow Bridge (see post below this one) and Fledgling (tiel) followed shortly. I still miss Hobo every day and find myself looking for him in his "den," our closet, every time I go in there. Luke and Ginger are doing great and are loving that we have a fenced in back yard now. Erwin-bird (aka "little twiddle") is going strong at age 17! He's such a funny little guy. 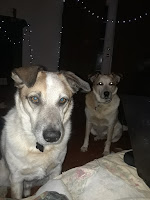 Owen has been doing good at his job as the town governments' Sys Admin. He's now more into the HAM radio world than ever. Just last month we got to listen to the astronauts on the International Space Station through one of his radios! He's also been getting into tracking airplanes with it and is part of an emergency "net" system for weather or other disasters. It's great to see him enjoying his hobby. Also, by the time some of you read this, Owen will have had his first dose of the new drug for PKU - Palynziq (PegPal.) It's, in short, a bacteria genetically modified to eat phenylalanine, the amino acid Owen's body cannot process. It is going to be a long process of getting up to the full dose, as it works similar to allergy shots. However, once he is up to maintenance, my husband will be able to eat an almost normal diet! He will be able to eat chicken, beef, fish, higher protein grains and other foods and will finally be off the nasty metabolic formula which kills is appetite. He's down 10 pounds now, so all of his doctors are eager to move this process forward. The drug was only approved back in Sept, so he gets to be a trailblazer again. 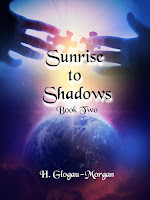 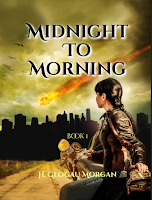 Last December, my second novel "Sunrise to Shadows" was released. Two weeks later, I was being asked to write an article on adaptive writing for a major Indie author magazine "Indie Authors Monthly."  I was briefly part of a peer review group on Goodreads, but could not keep up with the demands, due to other things going on. I'll return to it soon. Both novels have had another revision (final one for Midnight to Morning) and both have brand new covers, which I absolutely love! They've had a decent year with book shows, author interviews and a few "take over" days on various Indie author pages. I still need more reviews though! If you've read either one, PLEASE review it on Goodreads and Amazon. To take the series to the next step, I need those reviews. Novel 3, the final in the series, is over halfway written and still on-target for a late Spring release. It continues to refuse to be named...


The health struggles continue between Ehlers-Danlos and Dysautonomia. I spent nearly all of Spring and Summer pretty much housebound because the heart condition side was so out of control. My old cardiologist was very old-school about it and refused to work with the last 15 years of research, so a change was made. I had originally been told it would be March of 2019 before I could get in with the specialists at VCU who knew dysautonomia, but God blessed me with getting in on a cancellation 2 weeks after I called. I was then referred to one of the top 5 specialists in the US for my condition. Though it means getting a chest port for regular fluids, I've been making great progress after adding just a single medication. My heart went from running over 100 beats per minute all day every day to the normal range of 70's and 80's! There's been some newly dislocating joints, a summer in physical therapy, a new pain management clinic (which I love... those guys are great!) and the usual progression of the disorder. Every time I get more active by going to the gym or walking more, I end up injured...However, I'm still fighting it with all I've got! 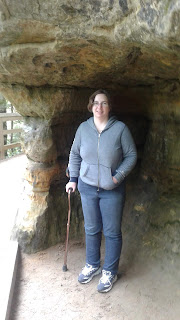 That's about it for now. With getting back into blogging more, and with social media, anything key I missed is bound to be online somewhere!
Posted by ddraigswife at 2:09 AM No comments: