On Where I Have Been

Was it really April that I last sat to write here? It isn't that I haven't popped in to snag a link or look at the dashboard to check on my other blogging friends...I just haven't sat right here. Why you might ask?I have been a bit of everywhere since then.

First and foremost, there has been my job. I LOVE working for Bridgeway Homeschool Academy, but there were lessons I needed to learn about working from home. Simple things like getting up and walking away at a certain time or understanding that not all of ones self-made checklist of "things to do" can be finished in a day. Providing great service to my families was going beyond the normal workday - by a long shot. Oh there were plenty of excuses. I use adaptive equipment, so that means some parts of my job take a bit longer than others. There are students who were more needy than others and really just wanted to call to chat. At times I spent more time being an ear to bend than I probably should have. When grading the never ending list of essays, I'm one to make commentary - even though most of my students never read it.

The need to learn when to focus on work and when to walk away started to become really apparent when Owen and I went to Indiana. I was so stressed going into the trip. He's not one for packing and preparing for our travels, so the burden lies mainly on me. It was the start of early re-enrollment season at Bridgeway and I was tied to the phone and computer with families wanting to take advantage of the tuition discount. There was much weeping and gnashing of teeth up until we left. The phone and netbook came with me and in near every break at our hotel, I was checking emails, grading essays or returning calls. Not much fun was had. Only when we were at the Indianapolis Zoo, and then in Ohio meeting one of my dearest online friends, was I relaxed enough to have a good time. 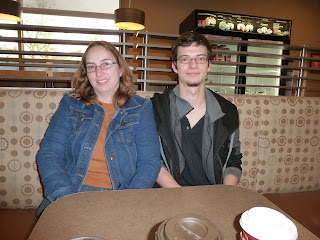 That trend kind of (okay really) continued all summer long. I was back in lymphedema bandaging therapy the moment we returned from that trip. Doing much of anything when a leg is in foam and four layers of stretchy bandaging is hard. I was gardening, doing all of the errands, setting up a "team" down at UVA Medical Center (primary care doctor demanded it), and working many more hours than I should. The novel took a back seat...both of them actually. Sleep kinda did the same. July hit and I was a mess. I was supposed to be resting more and doing more physical therapy and it just wasn't happening. The phone and netbook came with me to NJ too. I was visiting a friend and had to snag a wi-fi connection to send out things that really could have waited. It needed to stop...and it did.

Somewhere along the way, between the trip to Indiana and my solo run to New Jersey I decided it was time to learn, really learn, how to work from home. Those first weeks were a struggle. Learning to let some items go until the next day was hard. Saying "at this time I am logging from the work sites" and actually doing it is a work in progress. Moving my Google voice number to turn on later and off sooner so I was more aligned to my co-workers hours made me cringe. Not checking the email multiple times a night was another little lesson. Asking to cut back on my student load because my hands could not take it even with the adaptive equipment was a serious pride swallowing. You know what? My supervisor said she knew it was coming. She saw I was above my head and said it was just fine.

The novel is getting back on track. I might not make the deadlines I want, but there is hope. Midnight to Morning is getting some promotion time and made the move to its new printers (those wanting to purchase, hang on a couple of weeks as the price for the paperback is going down!) I've started exercising a little more, the garden isn't as neglected and I am the master of preserving foods. Really! 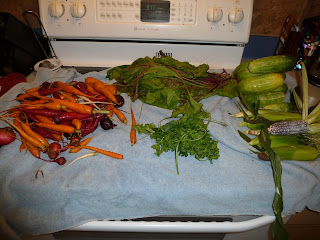 The ultimate test was the start of this month. Owen and I went to VA Beach to see our friend Alex. He's in the Navy and was starting his third re-enlistment with an instant big assignment. So, we spent a day with him and then one at a museum and yet another at the beach (despite spending the morning in Urgent Care.) We tent camped and guess what? No phone. The netbook came with me, but only so I could work on Sunrise to Shadows. It was wonderful. I came back refreshed and ready to keep working on this new system. 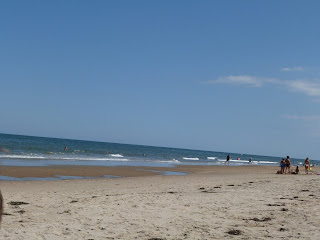 That is where I've been. Now let's see where things go!
Posted by ddraigswife at 6:00 PM No comments: