On a man and his words

Pa. That's what I've always known him as. He is the father of my best friend and one of the strongest people I know. He's a farmer, before that he was a farmer and a worker out at the nuclear plant, but always his heart was the land. I remember the first couple of times meeting him. He didn't say much, seems most of that breed of person doesn't. However, when he did speak everyone listened. Horses, crazy teenagers, even the hay itself would pause and obey.

There was a time in my life, not so many years ago, when I ran to my "other home." I had just moved back to the east coast after a abusive situation turned into me being forced to undo the "til death do us part." To say I was a mess was the understatement of the decade. My best friend said I could come and stay in the spare room, help out on the farm, and figure out who I was again. So, with the last scraping of my savings, I packed up my cockatiel (Erwin) and a bag and headed to a farm in NJ. She ran a pony ride and petting zoo business. It provided the funds for the twenty-seven rescue horses, goats, rescued fighting roosters and other critters running around the place. 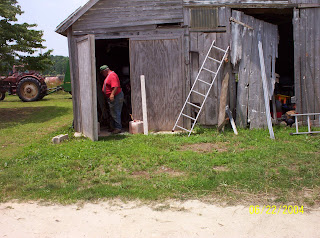 For the entire summer I learned to be up with the sun, feeding and watering horses, trying to avoid the "attack goose" that hated me, and having a tiny goat as a shadow (her name was Sweet Pea and it was love at first sight.) Pa built a new fenced in enclosure for the goats, and I was able to help. The tractor broke and we made runs into town. I assisted with the pony rides in the blistering heat. My van was hit by a drunk driver and he put my weeping self right back into serious mode with just a few sharp words. He was right. We were okay and I was able to live there longer because of the insurance money. It worked out for the good.  There were tears, injuries, heat exhaustion, and a lot of laughter, discipline, and conversation. Some of that conversation was between Pa and me. He may be a man of few words, but what he did say was usually very wise and profound. I learned to think for myself as his words challenged me. His voice was always gruff, but -don't tell anyone- he really is a softy at heart. One day I had to drive to PA for a job interview. In my purse he had tucked two pieces of scripture he'd written out just for me. I still have them, secure inside our fire safe.

I left NJ in September of that year, my feet back on solid ground and a plan in place. It has been years, and so much good has happened since I found myself again. I love the person I am still becoming. At least once a year I still "go home" where I'm welcomed like a daughter and where the conversations still continue. I'm not strong enough to help out much anymore, because of the #Ehlers-Danlos and such, but one day I will pay the family back for all they did to help me.

Why this post? Pa is in a hospital right now, recovering from a stroke. He has use of his legs again, praises be. But the wise old man with the gruff voice is unable to speak. I told my best friend that won't last long, for he is way too stubborn to stay quiet. However, the thought of us perhaps not having those conversations again brings tears to my eyes. He probably will never know the influence he has on my life. Or maybe, one day that will be a dinner table chat that we have...

It is a strange word, grace. To so many in this world it is a term that instantly makes one recall a famous hymn. To many it is a word they hear "Christians" use and instantly turn away. I don't blame them. With all the finger pointing and lack of following Christ's most basic command to 'Love one another as I have loved you.' it must be hard to look at those who claim to have this kind of faith and believe that God and his never-ending love is real. That same grace He has shown us, the ability to forgive and love time and time again, it seems impossible and made up. 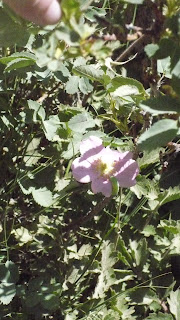 Grace has so many meanings though, not just the ones attached to faith. It is something everyone should be striving to have in their life.Websters dictionary has grace defined as "disposition to or an act or instance of kindness, courtesy, or clemency." That moment a family member erupts in a fit of materialistic rage and you turned away instead of saying something back...that was grace. The time you wanted so badly to respond to someone on social media in a scathing response to their misplaced comment and didn't...that was grace. When you let someone get in front of you in line at the store because they have just a single item and you have a cart-full....that is grace. Helping a friend who is in distress instead of catching up on reading or sleep...that is grace. It is a simple act and it is one that can move mountains all at the same time.

Sometimes it seems like there is so little grace going on, but it is there. Little moments where people consciously make a decision for the better. I've been looking for it and am starting to see those choices and their impact. Wouldn't it be great if all of us stepped back, thought over how a single response could make a difference and then made the better choice. It would be wonderful if instead of condemning, or turning away, or keeping to a narrow mind, we chose grace...kindness, courtesy, clemency. Just something I've been thinking about.


#grace, #blessings, #forgiveness
Posted by ddraigswife at 9:35 PM No comments: