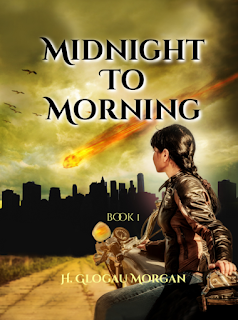 In the not so distant future, a series of catastrophic events has left the world at the edge of chaos. The United States is having to rebuild after an attack beyond anyone's comprehension. People are fleeing to refugee camps there and abroad. In the midst, follow one woman as she arrives in her husbands native country hoping to find safety and instead finds herself in more danger than before. Despite attempts to make the best out of her situation, she becomes a victim to many horrors and is led to the midnight of her life. At the brink of death, she is rescued and reality will never be the same. Go with her as she recovers and learns that the world isn't what it appears to be. Experience as she is befriended by a secret group of people and is trained to help save thousands of others. Watch as she goes from midnight to the dawning of a new day, a new life...to morning. 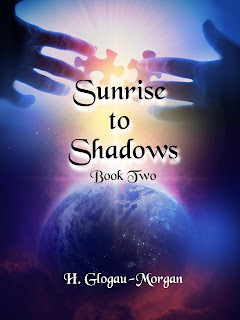 Nearly a year after the events which lead to her dramatic rescue in "Midnight to Morning," Harlie Berryman's new life continues to push the boundaries of what most know as reality. The group who rescued her have become her family, and they are preparing for their biggest battle yet. Billions of lives are at stake, and one wrong move could tip the scales in the enemies favor. It could tip Earth past its breaking point. Knowing this, as well as deeper secrets, Harlie pushes herself hard and farther than anyone thought possible. Go with her on this next stage of missions, lesson, of discovering who she really is, and what those who are closest to her have been sent to accomplish. Evil lurks in many shadows.
Purchase Paperback Here
Purchase Kindle Here
Purchase Everywhere Else! 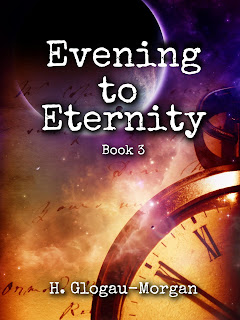 In Evening to Eternity, Harlie Berryman finds herself in the farthest most point from where she wants to be. The future is not at all how it had been described to her. The short time she is there has a profound effect on her, and its consequences linger far after she, Rick and James have been reunited. Once placed in their new timeline, Harlie must learn to survive and thrive outside of the bunker and Alpha team. Learning how to blend her “past life” with the one she has worked so hard to build and knowing there is a better chance here to stop the Universum than on her home Earth helps her focus on the overwhelming tasks in front of her. There are early successes but there is also heartache. Join Harlie in the conclusion of the Midnight to Morning trilogy and see how she takes the evening she was forced into and forges the way forward to eternity.
Purchase e-book
Purchase paperback
Purchase everywhere else!

Coming in early 2020 "Song of Sar'i"
A dystopian novel based in the world of the original time travelers from the "Midnight to Morning" trilogy. Follow teenager Sar'i as she flees from her homesteader community in The Wilds to the danger of The Camps, and learn how she ends up not just inside the safety of The Compounds but shifts into the world of The Barons themselves.