On Another Year Racing By (The 2016 Christmas Letter)

There have been so many times I've sat on this blog page with something to write about, thoughts to put into words for anyone to see, then backed away and written them in a digital journal I've kept. It is my hope to soon move those thoughts over here. In the meantime, we never did get that dying printer replaced. It works for a needed page or two, but it wouldn't handle the 60 sheets of the Christmas letter, so once more it is in digital format.


My Beloved Family and Friends, 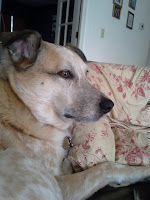 Another year has raced by. It seems only three months ago we were moving into January 2016, yet now here we are staring down 2017. I hope this letter finds you all well and happy. As usual, it has been a busy year here on the homestead, just not in the way we had anticipated.
The year started with Owen finally having a much needed neurological evaluation. Not surprisingly as, he had the shakes, vocabulary aphasia and the stiff walk and stomp of feet hitting the ground flat. We left with a "hold over" diagnosis of Dompamine Reactive Dystonia and a warning that it could be changed to something scarier. Owen responded instantly to being on dopamine and, for awhile, seemed to be on the up and up. He also moved from the job at the county to working as a System Admin for the town of Culpeper. It was a much needed change. He's still into HAM radio and online gaming, despite the challenges, and I'm happy he has those hobbies.
We were able to get the garden started on time, spent a great weekend with our awesome friend and "adopted" brother Alex when he got back from deployment and prepared for a spring and summer of travel and projects being completed on the property. We went to Ohio again to HamVention (Amateur Radio convention) and made a couple of day trips to visit friends out there. We love camping! 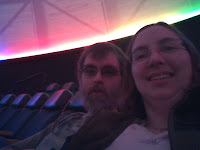 That strong start skidded to a halt when my already problematic right knee took a turn down the "dislocate daily" route. Before much longer, surgery was recommended, then scheduled. We had a short period of time to decide what to plant, what to leave out, and for me to teach Owen what to weed, what to harvest and other tasks. We managed to get the more dangerous trees taken down and the new HVAC put in beforehand. On July 21st (yes our 9 year wedding anniversary) I went in for a knee repair/reconstruct. The surgeon wasn't sure what he was going to find once in, so was prepared for everything - including a possible knee replacement. Thankfully, I woke up with the knee realigned, scar tissue removed, debris cleared out, and a donated tendon. Recovery went really smoothly, and I was back up and better than before within about 8 weeks - which is really unusual for an Ehlers-Danlos patient, but that donated tendon made all the difference. I was active in time for harvest and 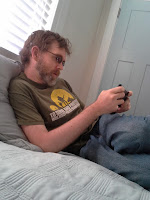 preserving and we put up enough sauce, ketchup, salsa, green beans, corn, beets and dried beans for the year. I still work for Bridgeway Homeschool Academy and love it there! This July will be 5 years with the company. I'm also still sewing and quilting every chance I get. The picture to the right is one I made for my mom. I'm also back to writing again, and that means the 18 month long writers block for Sunrise to Shadows is over and I'm making huge gains on it (despite losing the ending and having to write it over again.) I'll be doing a new editing for Midnight to Morning, then re-releasing that shortly before Sunrise comes out. I'm looking for a good editor and someone to do the cover art right now.
As I was getting better, Owen was starting to get worse again. We were not sure what was really going on, but the decision was made to get him completely evaluated for Neuro-Psych for those more dangerous diagnosis. That just happened and we left with a totally different and completely unexpected diagnosis than what we had been expecting. We've made the best of it and continue to push through the various challenges a couple living with genetic disorders can have. 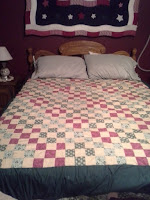 At the end of October, we became a household of three, as my goddaughter, Amber, moved in with us. She is trying to get her life back on track and has started to do so by leaving NJ and all of the bad which happened there and seeking help here in VA. She's been doing really well with getting a job right away, working on saving for various things, paying bills, going to therapy and helping us out around the house. At times it is exhausting, especially with driving her around everywhere, but I wouldn't change it for the world. I love having her here! Alex visited us in November and everyone pitched in to get the last of the raised beds rebuilt with cinder block and vole fencing. This makes nearly the entire garden accessible to me once more.
Ginger and Hobo dog are still doing well. Hobo is starting to show his age a bit more, but he's still the biggest sweetheart of a wiggle-butt. We've had to put him on a zip 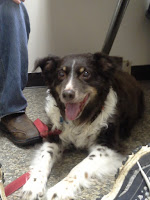 line run this year, because he is losing some of his sight, and I don't want to risk him going off on one of his "gotta mark the neighborhood" wanderings. Ginger is my shadow and cuddle pup. She responds to "Where is my space heater?" and "Hey, cuddle pup!" She is quick to take Owen's place on the bed as soon as he gets up - sprawling out to lay alongside me and doing her little Aussie Cattledog grunts to show she's content there. She adores Owen and loves to curl up on his lap, even though she overflows it. She has been known to try to sneak into Ambers room too and insists on going outside with her to "protect" Amber. Erwin is now 15 and a half and going strong. The little twiddle bird gave me a scare earlier in the year, but has rebounded. He likes dancing to Amber's choice of music and being a little clown. Fledgeling is his normal adorable self, always giving me heart-wings and kisses and talking only when he thinks someone isn't listening. He is totally a mommy's 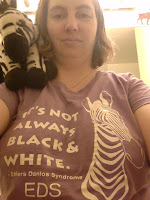 baby.
Our hope for 2017 is progress in managing the health issues. We also are hoping to go to Wales for our 10 year wedding anniversary. For the homestead, getting the driveway repaired, putting up the fence, and putting pavers around the garden are the goals. When it comes to family, we want to spend as much time with my infant nephew as possible (the baby Adam and Mysti are adopting) making better connections with Owens family, and take a trip to NJ where Owen can come too. We shall see! It is a crazy life we live, but I wouldn't trade it for the world.
Posted by ddraigswife at 1:46 AM No comments: