Dear Family and Friends,
Here we are staring down 2016 already. This year has, again, flown by. I hope that it has been a positive and healthy one for you all. Everyone reading this means very much to us, so we
have been praying for you all.
This year started out as a positive note. Owen and I were doing well, as were our fur and feathered babies and our family. We had our dear friend (adopted sibling really) Alex up at the first of the year. He helped Owen take apart and rebuild 3 of our raised garden beds with cinder block. This made it higher, sturdier and easier for me to use. I wasn't having to bend over as much for our shorter crops or weeding. They also installed vole fencing so I was able to grow root veggies again. Between that and the greenhouse my parents bought for my birthday... well... From the picture below you can see that was quite a success! We had so many beets and sweet potatoes and tomatoes. 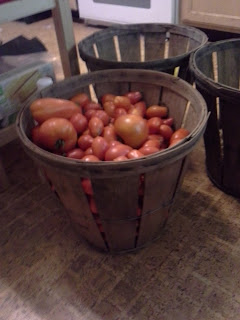 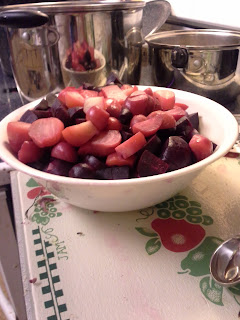 In May, Owen and I went out to Ohio again for Hamvention, the international amateur radio event. I was dealing with a sore hip and foot, but managed to walk through a good chunk of it. The second day, Owen went alone while I visited close friends. It was after we returned that I noticed something was "not right." That continued into the end of May when we had the 100th anniversary of my moms moms side of the family coming to America. The original farm is still in the family and we had one amazing celebration!

From there I went to graduation at Bridgeway Academy, as several favorite students were graduating. I ended up in bad shape and barely made the drive home. We found out a week later that the heart issue I was having was much worse than expected. Dysautonomia is nothing to shrug off, espeically with Ehlers-Danlos Syndrome, and my heart was "struggling" and "was out of reserves" and I heard "you are a lot more sick than you think" a lot in the month that followed. Thankfully, I responded to a medication currently on FDA trial to be "on label" for such a condition. Now is the long, and very hard, process of regaining strength. I no sooner had turned a good corner when that "sore foot" became a "fall and fracture said foot." Months in a stirrup brace and home exercises did nothing. A trip to the foot/ankle surgeon led to learning of a bigger problem. I get to spend the next 5-6 months in intensive physical therapy to work on the foot all the way up to the hip. Surgery will happen if that fails. Along the way, the garden was neglected a bit and I never did get my winter crops going in the greenhouse. Hoping to still do that and catch up on winterizing. On the positive, I have really gotten into sewing and am starting to sell the items I make in craft shows, going beyond the just for friends and family. It has been a great experience! Especially since an issue with disability left my payments on suspension and us in a financial bind. It has been a lesson is leaning on God and how He provides. 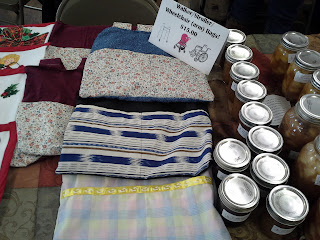 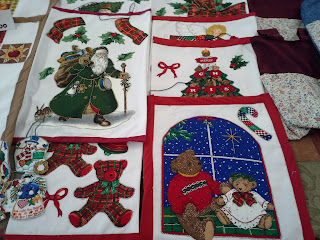 Owen has had a roller coaster of a year. He continues to work for Culpeper County Human Services, but is on the lookout for a new job. He has completed his goals for the organization and would leave them in a much much better shape than when he arrived. We are hoping for a few options he has to become a reality in form of a better position. In the meantime, he continues to be big into the Amateur Radio world, and we have 2 antennas in the yard and a handheld device on almost every day to prove it. He's been out helping others with their set ups and soon we will be installing a massive tower in the back yard (soon as in after a few trees come down first.) He has had struggles with the PKU and we are seeing some of the brain damage manifest in upsetting ways. He will be seeing a neurologist soon and we hope for a better path to help him from there. In the meantime, we are enjoying time together, movies, watching Scifi series, and our fur and feather kids. 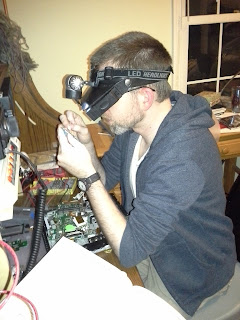 We did suffer the loss of our beloved Aspen back in early July. He fought for as long as he could, but old age and end-stage kidney disease took its toll. Though we had hoped and prayed he would go peacefully in his sleep here at home, we ended up having to escort him over Rainbow Bridge. I spent 14.5 years out of his 15.5 years with him and it hit harder than any loss I have experienced in a long time. With loss comes rebirth and we inherited Ginger. She was my cousin Bill's dog. When he died suddenly, she became ours. She is the most amazing little girl. Ginger is very empathic and has a gently spirit. She is a typical Aussie cattle dog and very possessive of Owen and myself. She is bonded to me for sure. Just as I lost my "boy" I gained my "little girl." In the spring she will be undergoing training to be a hospital therapy dog. Hobo, Erwin and Fledge continue to thrive. 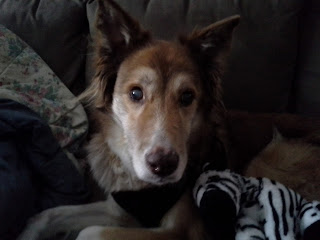 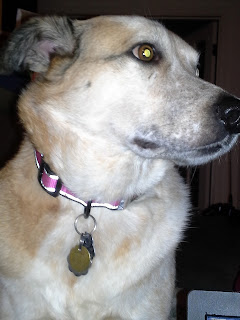 As you can see, it has been a roller coaster.. more than the usual mess two people with chronic genetic conditions have on average that is. Through it all, we remain strong in our love and our faith continues to grow. Our local and online friends and our family are our lifeline and we love and appreciate all of you. Here is to a better 2016!
Posted by ddraigswife at 6:52 PM No comments: