On a Breakthrough and PKU

As many of you know, our household is a complicated one. I have Ehlers-Danlos Syndrome with Dysautonomia and a whole host of comorbidities. My husband was born with a different genetic illness, Phynelketouria or PKU and has some of its comorbidities as well. Between the two, we are frequent visitors to area hospitals for various specialist appointments and therapies.

We also were making two separate meals for every meal of the day. I need high protein, at least 60 grams a day. My husband could have just 16...yes, 16. Basically, he had to be a soy-free, bean-free vegan since birth or risk brain damage. Starches, some fruits, and some vegetables and mushrooms were what he survived on. The rest came from a foul-smelling and tasting (and expensive!) metabolic formula with the amino acids his body could absorb and the one he could not, phenylalanine, removed. Low-phe foods could be purchased but were incredibly costly (12 dollars for a box of pasta!) We made a lot of it from scratch instead using various recipe books. But, even with the Diet for Life program keeping him on low-phe/low-protein intake, his phenylalanine levels were high - usually up around 11 and it was doing damage. Those levels led him to develop dopamine responsive dystonia (basically pre-Parkinsons,) memory issues, develop severe osteoporosis, be chronically underweight, suffer from depression, and more. Recently, though, everything changed!

See, there's this little pharmaceutical company called Biomarin, and Biomarin does what Big Pharm will not... it focuses on the rare disorders, specifically metabolic disorders. Owen has been on their first PKU drug Kuvan since it came out. At first, he responded beautifully to it... but eventually it lost its effectiveness on him. This is mostly because he has an incredibly rare mutation of PKU and not the common "Classic" PKU. We were crushed when his levels started spiking again. The nurse assigned to him... yes, every Biomarin metabolic patient has a nurse assigned to them through the company... kept saying to hang on. That's because Biomarin wasn't done with just Kuvan. No, they had a breakthrough coming right behind it, and it was BIG.

In September 2018 the drug, codenamed PegPal, was FDA approved. It short, it is a coated, genetically modified, bacteria which eats phenylalanine - the amino acid he cannot process and which builds up in his brain and causes damage.  It is delivered through injections which are titrated up to x amount daily.  In February, Owen started it and in June the most amazing thing happened... He ate a hamburger... and steak... and chicken... and a corndog... and for the first time ever we had a normal meal where both of us ate the exact same thing. His phe levels? ONE! That is "normal human" levels!

The change has been amazing. With the lower levels, he is starting to come out of his shell. People who know him well are saying he's more talkative and engaging. He's started hanging out with friends instead of staying home and isolating. He's getting back into his hobbies as well, all because his brain isn't constantly under attack anymore. He is starting to put on weight too, which is a huge relief for his entire medical team. That battle has been a fierce one, with him being catabolic for most of the past 20 years. He's also enjoying trying out different foods. 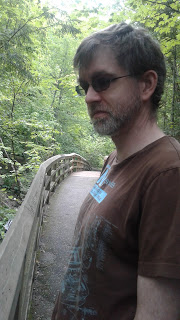 Imagine what it must be like for him right now, having such a limited diet and suddenly being allowed to eat everything available. He says he feels like he's in another country every time something new is presented. Together, we've been finding out what his likes and dislikes are. All beef is in... anything cheesy like ricotta or mac n' cheese is out. Chicken depends on how it is made. Fish seems to be okay for now. He's loving being able to have junk food like corndogs. (I hope he quickly grows out of that phase.) And all of this because a little pharmaceutical company focused on the rare and made a BIG medical breakthrough.

That's another thing, this kind of modification of bacteria has so many other possibilities! Maybe it could clear up the plaque in a dementia patient, or eat the amino acid an MSUD patient cannot process. There are so many disorders which can be treated with this kind of protocol. It is going to be incredible!

We are on a wild ride right now, and I am so grateful for this major breakthrough!
#PKU #Palyziq #Biomarin #RareDisorder #MyHusbandCanEatNormally #BiomarinRocks
Posted by ddraigswife at 1:08 AM 1 comment: