On Ehlers-Danlos and Me (part 2)

Thank you all for the warm reception of my first post on EDS! Please, make sure to comment on the blog as well as in the awesome private messages you send. Here is the promised part two.

I was out of the country a few weeks ago. It was the first time I had traveled out of the country in seven years, and things were a lot different back then. I had only dealt with strange swelling, tendonitis and some internal issues. Now...now things had changed. I've sub-located a handful of major joints and, recently, started popping minor ones. With the fresh-out-of-a-plastic-cast left hand, the lymphedema and auto-immune issues to boot, this was going to be hard. We travel throughout the USA all the time, but another country was another story. Trying to be prepared for various situations and only being allowed a solitary bag means careful planning. While others were talking about the extra outfits they were bringing, over a third of my bag was medical supplies and clothing options were limited. I didn't mind, as this was a great opportunity to prove I was able to move farther beyond the boundaries my doctors had set. Not a single one had been told of the trip! But then it happened, on the third day, despite my best attempts to hide the increasing swelling from the humidity, despite thinking I was doing so well at keeping up with the others, despite the pride at not using the cane...someone said something that cut deep. I was accused of letting "my disability stop me from being a world traveler" like they were. I wasn't even given the chance to respond about how, when we travel, we mainly tent camp instead of staying in hotels. By the time the trip was done, I was needing the cane, the ankle brace, and most of what I had packed. My attitude was not the best due to the pain either. However, I made it! 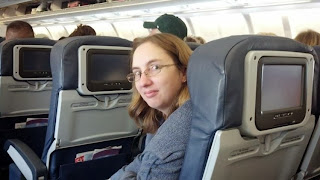 I had planned a totally different blog than this one, but I can't seem to write out that version. It was too basic. So, I'm going to build on the last one and hopefully help people out there to understand a bit more. Just as we had known for quite some time that things were "not right." We also knew that movement in general was something to be watched. As I've gotten older, like most EDS patients, simple actions have to be thought over. My hip dislocated while picking a band-aid off the floor. Ten days and six sub-locations of my right shoulder started with installing a faceplate on an outlet.

My morning starts with checking for pressure points or pinches from the night, due to fragile skin, and then putting on compression garments for the lymphedema. Anyone who has dealt with this disorder knows it is like fitting a size 10 into a size 0. I've popped a knuckle out of joint while doing so. It also was to blame, in partial, for the sub-location that led to the plastic cast (which caused four pressure marks, one that broke the skin.) From there it is breakfast, which is made solely of anti-inflammatory foods, or ones that are not known to cause inflammation. Since pain management is a joke if you don't want to be sedated or put on heavy narcotics, every meal is thought out to make sure I'm giving my body what it needs to battle.

If it is at any point in the growing season, our crops will need some kind of attention. I have lost count of how many times twenty minutes of gardening has caused twenty hours of pain. However, if I am very careful, an hour of work can be done with lesser consequences (notice I said "lesser.") Processing those foods should be out of the question, as hours standing to do so are painful. Standing for more than a handful of minutes is generally painful - due to the lack of arches, supports that work only when my body feels like letting them, and the numerous back issues. I will never give up growing my own foods though!

Then, there is my contract job for Bridgeway Homeschool Academy. They are very accommodating, as it takes me a bit longer to do things, because I'm using adaptive equipment like speech to text software and the adaptive mouse. Finger taping, wrist supports, special seat cushions and such are also used. Frequent stretch breaks are needed, and I have to do daily physical therapy either at the house or with a proper therapist. It all depends on what is currently messed up. Even therapy isn't safe though, as I tore up my ankle in water therapy! Errands used to be done solo, but now I have one of the teenagers I mentor help me out. He pushes the cart and lifts heavy stuff up and makes sure I am staying calm. When I start to really wear out, he firmly lets me know that it is time to quit for the day. It would be almost impossible to do many of the errands otherwise. He is a God-send!

Making dinner sometimes requires help, as prep work can be too much when something is flared up. I make meals in large batches, so leftovers can be used on bad days. Keeping up with the house is a constant battle, because I'll move wrong, or pick up something too heavy, or push beyond what common sense (what is that?) tells me I should. Sometimes, it is just that the pain is so bad that little can be accomplished. The evenings can be used for crafting projects if the pain isn't intense. Otherwise, I use the adaptive equipment to hang out with friends online, or I rest elsewhere. I hate it, believe me, with all my heart I hate it.

The day ends like it begins. Off goes the day compression garments and a check for marks happens. I get them fairly frequently. Night wear in form of light compression sportswear or compression bandaging is put on. Lots of pillows and a spouse who understands if I need to prop up on the couch ends the day.

Was this written for sympathy, absolutely not. As stated before, it is so more people out there might know what someone with a chronic disorder like Ehlers-Danlos goes through. I am very blessed to still be able to garden and do light things around the house and I know it.
#ehlersdanlos, #ehlers-danlos, #lymphedema, #travelingwithehlers-danlos, #dailylifewithehlers-danlos,
Posted by ddraigswife at 12:20 AM No comments: